Contemplative Mind - the Integrated (or Reconciled) use of Objectivity and Subjectivity

Mohandas Gandhi said, “Be the change you wish to see in the world.” 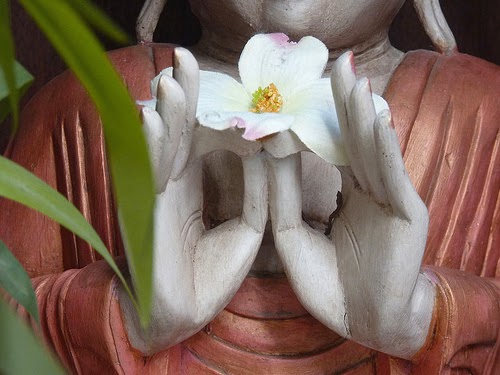 The value of contemplation is an integrated, well-rounded person, whose values, emotionality, ideologies and behavior are reconciled in benevolent and compassionate relationship. The prayer path has been a means of reconciliation for centuries in the Christian tradition, as in other religious traditions, contemplative prayer being equivalent to meditation.

Western culture holds a definitive value bias toward objective perception that greatly impacts our economy, ecology, social equality, and religious understandings. With the Age of Enlightenment (a paradoxical term for what came to be), came a Western cultural bias toward objectification and rational reductionism. The creative, intuitive, imaginative, subjective mind was, and still is, downplayed for what we can objectify and make factually logical. But strictly factual learning carries no influence from affective or meaningful inner volitions. For facts to become wisdom, just as for circumstances that cause suffering to become opportunities for renewed hope and healing, the inner subjective must come together with the outer objective mind. We must know how our thinking determines who we are. Enlightened wisdom makes balanced use of both objective and subjective mind. This is the self, reconciled. This is, in Christian terminology, the path to union with God.

In the Christian tradition, we read Paul’s words, “So from now on we regard no one from a worldly point of view [objective only]. …Therefore, if anyone is in Christ [the anointed/ enlightened mind], the new creation has come: The old has gone, the new is here! All this is from God, who reconciled [re-ligare, "binds-back"] us to himself through Christ [See etymology for"Christ" below] and gave us the ministry of reconciliation…” 2 Cor 5:16, 17, 18

So let's get contemplative for a moment.
What are you thinking as you look at this picture? Don't ask what you see, but what you feel. Ask what it means and why it illustrates the points of the words above. What is it's symbolism? We forget that images, words, numbers...they are symbols. And symbols have (subjective) meaning. An object, like a symbol, is not simply and only an object. Objects, concepts, symbols...they carry more than face value. They represent something intangible. Always. Now, after you have looked at this image for a few moments, questioning what it means and how it makes you feel, you have established a relationship with the image. It speaks to you...what do you hear? ("Let those with ears, let them hear." Matt 13:9) This exercise allows your inner subjective, that which is beyond thought, an opportunity to inform your outer seeing and factual thinking. Contemplation is receptive.

Let there be peace on earth, and let it begin with me,
~Peggy Beatty, Promoting Reconciliation Through Contemplative Christian Prayer Formation

Note: In the Christian tradition, illumination (also called enlightenment or awareness) is part of a process, “being made in the Image of Christ.” Paul called this having the Mind of Christ. The title Christ is derived from the Greek term Khristós meaning "the anointed one." The symbolism of anointing in this sense is recognition of something spiritual, sacred and Godly. Khristós is also related to Keres, associated with anointing to purify or heal the body or rid the self of negative influence. Thus, as is the case in Paul’s writings, anointing can be understood as a state of mind (and body) in which both negative influences are dispelled and sacred Godliness is assumed; or in the context of re-ligare or reconnecting (the root of "religion"), to perceive with an illuminated or enlightened awareness. The notion of awakened mind or anointed perception was understood across sacred traditions preceding the first century. Thus, the Christ-mind may be called Buddha-nature (“buddha” literally means, “awakened one”) or bodhi in Buddhism or moksha in Hinduism. Enlightenment is the threshold of nondual awareness, a singular or ongoing perception of unified thought, in which subject and object are not opposites, but one and the same. Enlightened, nondual awareness reconciles opposites and is a benefit of contemplation.