The Oneness of Reality Goes by Different Names, or Not 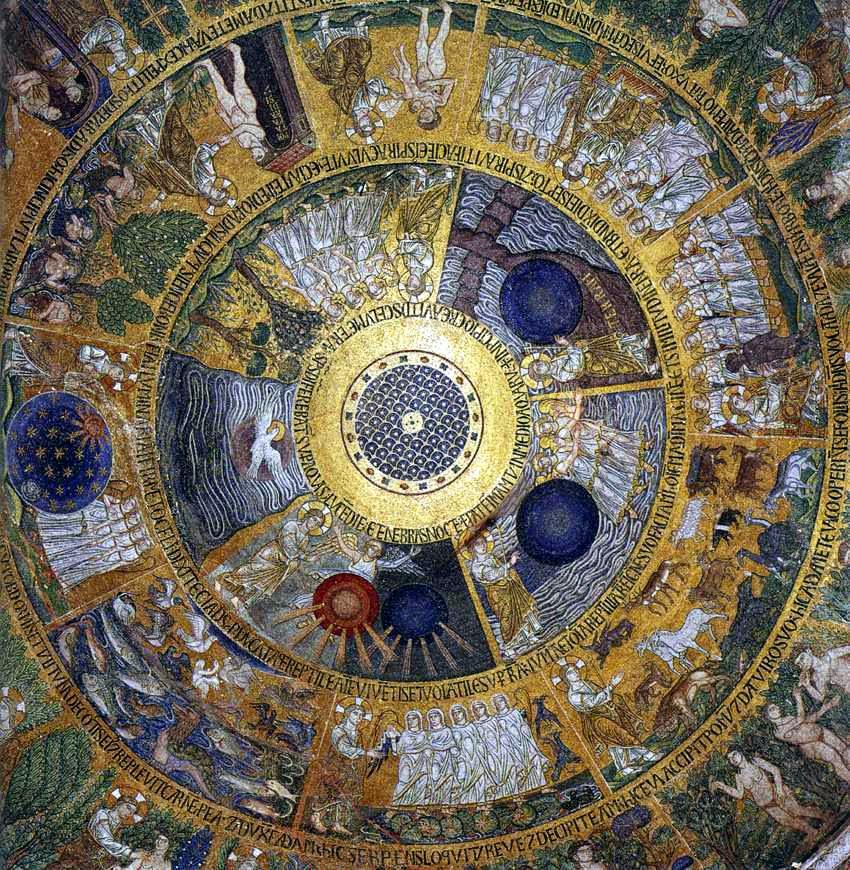 The divine essence, the Trinity, describes every aspect of reality. From incarnate matter through essential energies and forces by which matter comes into being and returns to no-thingness, reality is sacred, divine expression.

Hindus say, "There is nothing that is not God."

"The One has no limits. It is neither form, nor formless. It is indivisible. Everything that exists, exists in It. It seeks only Itself. It is eternal and the giver of eternity."
~The Apocryphon of John

All of these consider the goal of attaining God-consciousness (enlightenment, or the awareness that all of what we experience is [divine] relationship as One) as the ultimate state of being, from which naturally flows compassionate doing and relationships of natural order.

*Heraclitus (ca. 535–475 BC), used the term, Logos, for a principle of order and knowledge. Aristotle referred to "reasoned discourse," Stoic philosophers used Logos as the divine animating principle of the Universe, Philo (20-50 CE) adopted the term into Jewish philosophy. The Gospel of John identifies the Logos, through which all things are made, as divine (theos) and further identifies Jesus as the incarnate Logos. The Hebrew equivalent to Logos is dabar or creative expression.

The colloquial meaning of logos among the religious Greeks of the first century was "god of gods", the divine mind of the gods or "supreme knowledge," also known as gnosis (awareness, enlightenment, insight).  ~adapted, Brad Scott, The Dabar of  Elohyim or the Logos of God.
Posted by ecumenicus at 5:32 AM No comments:

Ladders to Heaven - Ascent to Love - Tzim Tzum of Life

Climbing the ladder
whose rungs are the names of God,
I come to myself.

The idea of ascending, as climbing a ladder, toward "Godliness," or Ultimate Being, in mind and action is found throughout faith traditions. However, this is not a one-way trip. In cultivating awareness or illumination/enlightenment we "see" and then we don't. We take one step forward and 2 steps back. 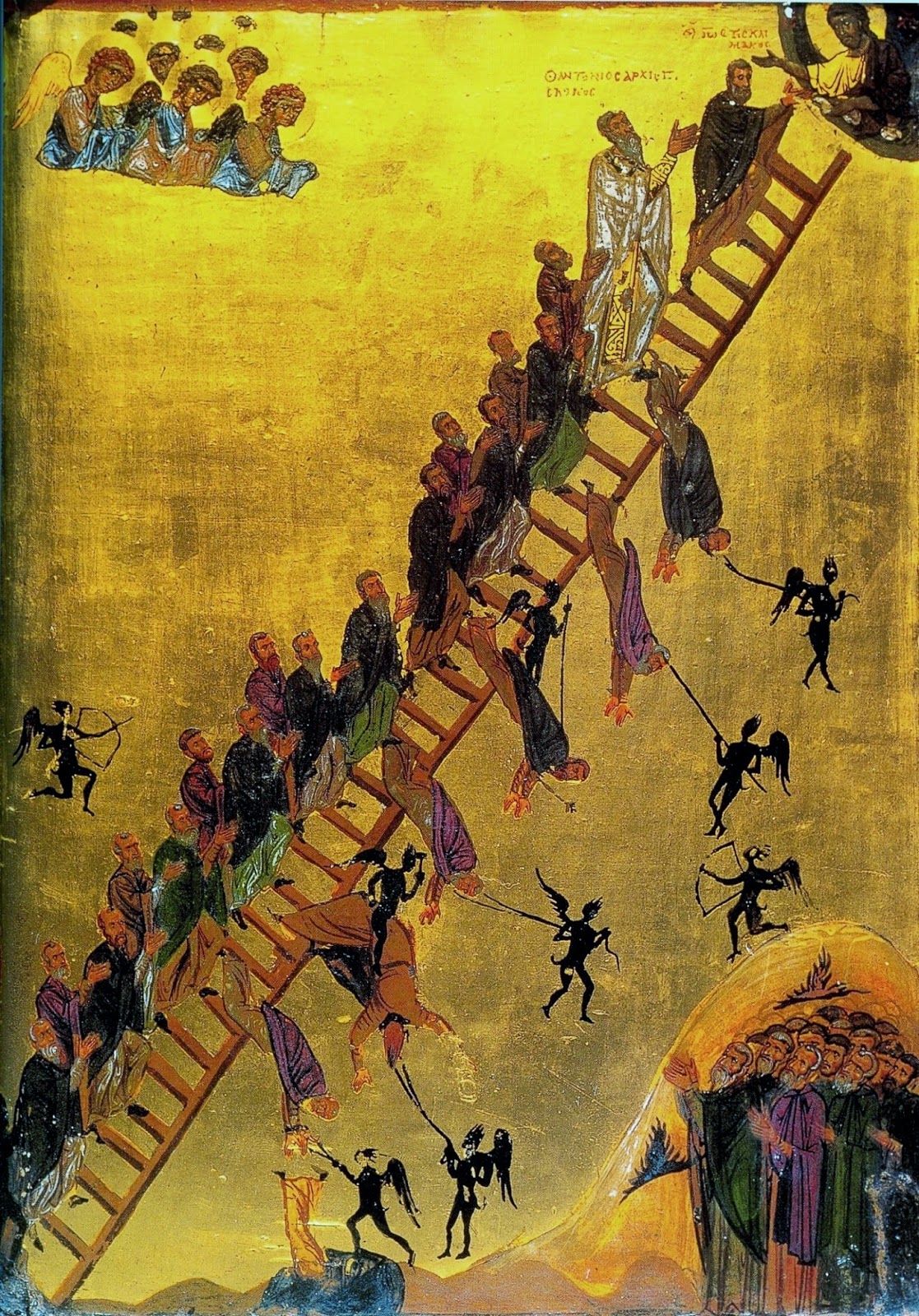 In Christianity, this idea comes from Neoplatonism: "every effect remains in its cause, proceeds from it and returns to it." Proclus.

Pseudo-Dionysius the Areopagite (late 5th c apophatic mystic) wrote: "Inspired by the Father, each procession of the Light spreads itself generously toward us, and, in its power to unify, it stirs us by lifting us up. It returns us back to the oneness and deifying simplicity of the father who gathers us in."

One could certainly go on citing examples of the location of the Divine relative to the human. Scripture talks of temples and tents, mountains and deserts; of Jacob's dream of a ladder and Ezekiel's vision of chariots of man-angels and God on a throne in the firmament.

Our human experience is not only comprised of this Neoplatonic idea of "procession and return" or being lifted toward the light and falling back toward material life, we are surrounded by it. This is change, the flux and flow of Life itself, from particles and waves to cosmic universe; the becoming and the retreating, moving toward and falling away, ascent and decline. The resolution of the Self (or awareness, if you prefer), the evolution of the cosmos. The miracle is that we can know this in our mind of objectivity and we can experience this in our mind of subjectivity. 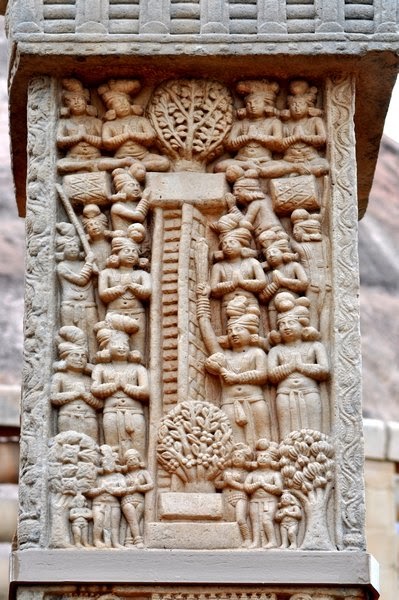 2. Ladder to Heaven inspired by the writings of John Climacus (7th-century Christian monk at the monastery on Mount Sinai). Icon 13th century, St. Catherine's Monastery, Sinai. John Climacus is shown at the top of The Ladder of Divine Ascent, with other monks following him.